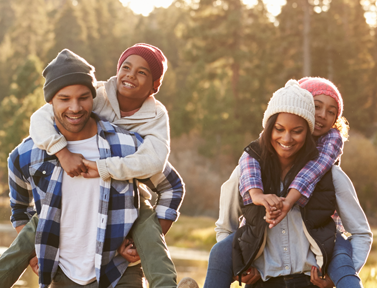 A former Kanakuk Executive Director, Kris Cooper, is about as fine a man and dad as I know. He “daddied” his own children (including his youngest, Caleb, a very special child with Down Syndrome) with class. He is quick to give his wife, Diane, all the credit for their precious family. Kris described the “Golden Goal Post” of reconciliation like this:

Some of my most intimate moments with my kids came through the restoration process. It was in times like this that I could most effectively communicate my love for my kids. Restoration is priceless! After I disciplined my child, I threw the issue ‘as far as the east is from the west,’ not to be revisited unless the child decided to cross that line again.

Yes, I’m a dad, Debbie-Jo is a mom, and we had to set and keep boundaries, but we were always pursuing relationship and friendship.

In discipline I want two things: a change of behavior and a restored relationship.

Effective discipline must be free from anger; free from dragging up past faults. I communicated clearly what the issue was. I disciplined the issue but never attacked the child. It’s not ‘You’re a cheater. You’re a liar. You’re a thief. You are bad. You are a failure. You are a disappointment.’ It is, ‘That is cheating. That is dishonesty.’ I hate the sin, but I love the sinner.

“I let my child describe his/her perspective, and I listened and respected every word that came out of his/her mouth. Then I shared my perspective and the perspective of the teacher or mom or whoever had been offended. The Word of God was our referee. It was never ‘what everybody else is doing’” It was all about God’s absolute truth.

“Discipline is firm, thorough, and followed through. Discipline is always followed with restoration. I held my wounded child. I affirmed. I shared my love, my unconditional,unchanging, unwavering love, until our relationship was restored.”

No wonder Kris and Diane’s kids are some of my favorite children I’ve known.

An attorney friend of mine believes (as I do) that a man’s first job is to stand up for his wife.
John said, “If my child does not respect his mom, I’m patient and firm until he does. In my home, I limit TV, Playstation, and going out.
I explain that school responsibilities take priority, and I stick to the rules. One of my boys once had an improper website visit, so I took the computer away for 30 days and became even more stringent with computer controls. He was upset, but I didn’t let him change the focus.
I stood firm until he understood and accepted discipline. Then I affirmed him and let him know how much he was loved. I took him on a fun trip and found creative ways to let him know how much he meant to me. The computer issue was dealt with effectively. Our friendship was restored.”

A pastor friend on the East Coast said, “If you discipline a child one way, affirm him two ways.” My friend Zig Ziglar said, “You’ve got to be a good-finder.” That is, you’ve got to find all the good in a child who has done wrong and affirm him. Zig added, “For every criticism there have to be a thousand ‘atta boys.’” I like that!

My friend Gary Smalley said, “I grieved visibly when I disciplined my children in their growing-up years. I never wanted to close their spirit or dishonor them. They knew as they hurt that I hurt, too. Obeying the rules wasn’t the central issue. Relationship was. Often discipline disconnects a parent and a child. My focus was to restore that connection. What’s most important is the relationship. After discipline I hugged my kids, and then I hugged them some more.”

A great golfer has a great follow-through. So does a great batter, a great pitcher, or a great pastor. Hitting the ball is only the beginning of a great hit. It’s the follow-through that creates a home run.

So it is with discipline. Yes, I’m a dad, Debbie Jo is a mom, and we had to set and keep boundaries, but we were always pursuing relationship and friendship. Discipline only begins with punishment. Discipline is shallow and creates rebellion when it’s not immersed in unconditional regard and affirmation. After the grounding, the spanking, the loss of privilege (car keys, cell phone, allowance, etc.), the thing that separates effective parents from the unsuccessful is the commitment to reconciliation. It takes a cool head, a patient heart, a visionary mind, and big, tender, loving arms to win the reconciliation game. That’s the follow-through! That’s the golf ball in the fairway! That’s the home run!

Kids need discipline for sure. But let’s always make clear the difference between unacceptable behavior and our unconditional love for those precious children God has entrusted to our care.